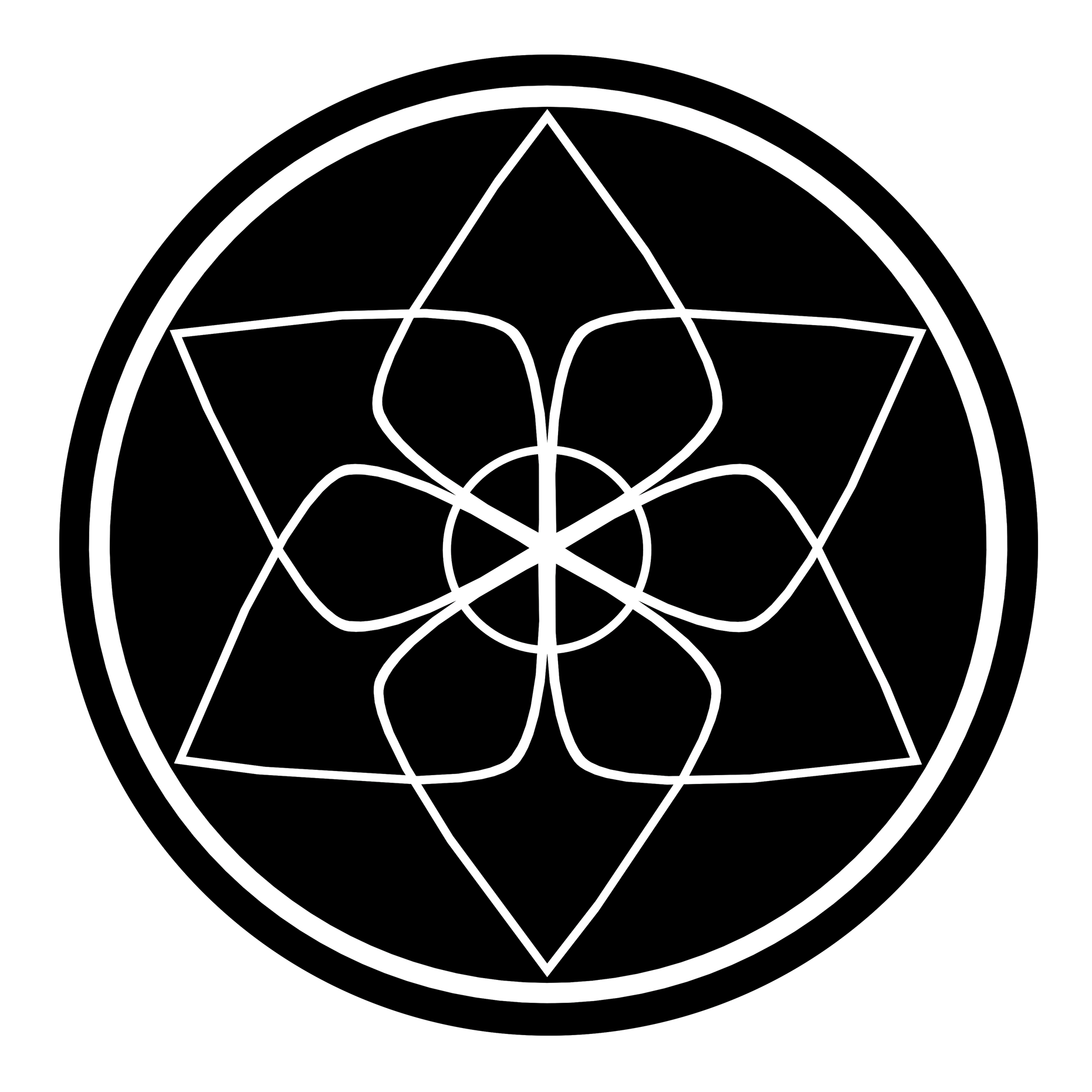 Is it possible to listen to some Romanian flavoured electronic music while diving on the Great Barrier Reef? Well, not really sure about that, but you can get as close as Sydney for this type of experience (some minimal house parties, that is :D). Anthony and Jared became friends almost 8 years ago when they met in Sydney at some small underground parties. But it wasn’t until 2017 when they launched Unic, a platform that acts both as podcast and record label. UNIC explores the diversity of house & techno with a minimalistic touch, bringing together local artists as well as established international ones. Through intimate gatherings and amazing vinyl releases, the platform became an important outpost for promoting this particular sound we’re all in love with, even if it is so far away from its birthplace.

Curious about the context and keen to find out what sort of invisible connection is linking Bucharest to Sydney, we invited Anthony and Jared for a quick chat about the Romanian electronic music, Sydney’s underground, wombats and surf. Check it out below 👇

How did Sydney’s underground look like before this pandemic madness striked?

Things were really starting to develop. There were regular, wildly enjoyable warehouse parties, open air events on rooftops, and club nights were getting back to a semblance of normality given the lockouts we’ve been under for several years. International performers were touring regularly also. In comparison to Europe the scene here is much smaller, so it wasn’t as thriving but things were popping along and growing, a culture was definitely being established.

What was your very first experience with electronic music coming out of Romania? (party, record, DJ set….).

We both started in the minimal house world, discovering artists such as IO Mullen, Diego Krause, Tagir (SLOWDANCE), and as we dug deeper we discovered more of the minimalist world. We connected with music from artists such as Cristi Cons, Barac, Dubtil, Arpiar, expanding our musical tastes and becoming incredibly inspired by their work. It was then around 2017 we decided to build a brand around this style. Of course we realised those prominent artists aren’t easily approached, so we started to discover younger artists who were making music within the Romanian sound such as Dragutesku, RQZ, Bryz, etc and we began to build a rapport with these artists.

Romanian names for your sublabels, Romanian producers releasing music at Unic Records, Romanian DJs playing for your parties… Why? 🤔

They aren’t all exactly Romanian (Silat Beksi) 😉 but their influence is huge on us. It’s obvious to everyone within the minimal community worldwide that the Romanians are at the forefront of the scene right now. They’ve developed it in a new direction and it’s quite incredible. We wanted to share that with the underground culture here in Australian and educate ears within the Southern Hemisphere. Australia is a young scene so inspiration through art and music certainly comes from abroad. In developing the brand it was important to communicate the shared inspiration from the Romanians, so thus you find us using Romanian expressions.

The closest you’ve been, geographically speaking, to Romania until now.

We’ve both been to Europe and travelled in countries such as Croatia, Serbia, Montenegro, Bulgaria, Italy, Netherlands, Czech, Switzerland, but still have not visited your beautiful place! It’s a dream that will come true one day.

Should we expect 2 new sublabels for Unic Records, foc and aer, besides the 2 already launched, apă and pământ?

Haha, thanks for the ideas! We’ve definitely considered it, but at the moment we’re working with a lot of incredible artists that embody the styles of these two sub labels. There are no plans for any more sub labels at this time, but people can expect a stack of amazing new music from us. We are always striving to develop younger artists as well as showcase established ones in a new light. Consistent growth with the music we release is important so we always strive for new sounds and ideas.

Half Is Enough · Strangers In The Night: Hendrik & Elia [Unic]

What are the differences in curating music for Unic Records, as opposed to your sublabels?

Unic is more focused on an artist revealing their true UNIC selves… we don’t really have an agenda of style, we just select an artist that we are truly admiring and have developed some sort of rapport with, and we give them creative freedom to express their true selves. The sub labels are similar this way but shaped through the theme of apă and pământ. So the artist can dive deep in to silky smooth, watery sounds or raw, rocking earthy beats. The sub labels are also our vehicle for shinning a light on upcoming artists, giving them a prime opportunity to reach a wide audience. It’s important for us to invest in younger artists so the scene keeps developing.

You are in a constant process of digging for quality music, for your website as well as for your labels. So we can say that you are a fine observer of the phenomenon. Why do you think there are still so many people who become loyal followers of this so called Romanian sound? Was it just a hype of the mid to late 2000s’? Can we still talk about a subgenre / a genuine sound? Some may say it has diluted in some other already established sounds.

We think it still has a big influence right now, but in that respect this influence has inspired a new generation of producers in different countries. Over time things evolve but given the quality of Romanian artist and their constant creativity people are still very much enthralled by the scene over there. The community is very special and the sound brings out energies in us that allows us to connect on different frequencies. The music has this magic to it that touches something deep inside us. Music has always been an incredibly transformative medium and the Romanian’s have captured an essence of that transformative magic that still holds true.

Guy From Downstairs has his own label, GFD, yet he released his amazing debut LP with Unic Records. Give us the story behind this one 🙂

Victor has been an artist we’ve admired for some time. His approach to music, his ear for detail and insane work ethic. This is what’s sets him apart from the myriad of artist out there. We were introduced to him via our very special friend Vlad Arapasu, who had just finished UNIC004  and a special tour of Australia with us. Vlad recommended us and we just flowed with Victor. It was funny when we both were discussing artists on our hit list for UNIC005 we both mentioned GFD so it was meant to be. On occasion it can be a bit of a process to sign the right tracks for Unic, but on this occasion Victor send us a stack and we basically wanted to signed 6 of them straight up. It wasn’t difficult considering the quality of music your given. What was interesting about this release was the idea of doing an LP. It was too hard to cut the tracks down to 3 or 4 for an Ep, so we thought, why not an album? And honestly we almost fell off our chairs when we realized no one had done this with Victor yet. He deserved a showcase like this. And because it hadn’t been done yet, this was unic 😉

Best record shop in Sydney when it comes to quality house & techno?

Definitely ‘Something Else Records’ There are quite a few record shops in Sydney but until these guys opened we didn’t have a dedicated store for minimal house and techno. Dave and Alex who run the store have thrown amazing parties over the years so it seemed like a natural progression for them. Jared actually works there, so it’s the perfect hub to connect like-minded people over this music.

Let’s say I’m an amateur surfer who also loves to party. Make me an off-the-beaten-path tour in Sydney for a weekend (place to eat, surf, party, chill, but not the usual touristic stuff 😀 )

There are a lot of great surf spots on the Northern beaches up the coast from Sydney. Newport Beach, Narrabeen, Avalon etc.. that being said we aren’t avid surfers ourselves but we know plenty of people who could provide the scoop. We’d stop into Marrickville to hit some micro brewery’s like The Batch, Philter and Poor Tom’s gin distillery, and a cheeky warehouse rave. Cruise through Newtown for a burger at Mary’s and vegan pizza at Gigi’s. Stop in a Something Else Records to dig some vinyl. Head into the city for some harbour side views on some cool walking trails. Rent some BEAM electric bikes and riding around Bondi, and definitely hit S*A*S*H for a Sunday dance service

You are put to choose between a pet kangaroo and a pet wombat! Which one?

Definitely a wombat… kangaroos are too cliché  💁🏽‍♂️

Releases, releases and some more releases. Were fortunate enough to have three labels to experiment with, so there’s a ton of music in the pipes for this year. UNIC006 is signed and in the works, and UNIC007 not far behind. But we don’t rush these processes, as everything has to be just right. The intersection of art, music and the written word is what the main label is all about so expect timeless music from artists of a high caliber. For apă and pământ there are 2 -3 releases in the works for both labels, featuring some unic artists people may or may not have heard of before. It’s a very exciting time for us, so even though events are on the back burner at the moment, we have creative work to immerse ourselves in. Aside from this we are enjoying our beautiful country with hikes and weekends away in nature.