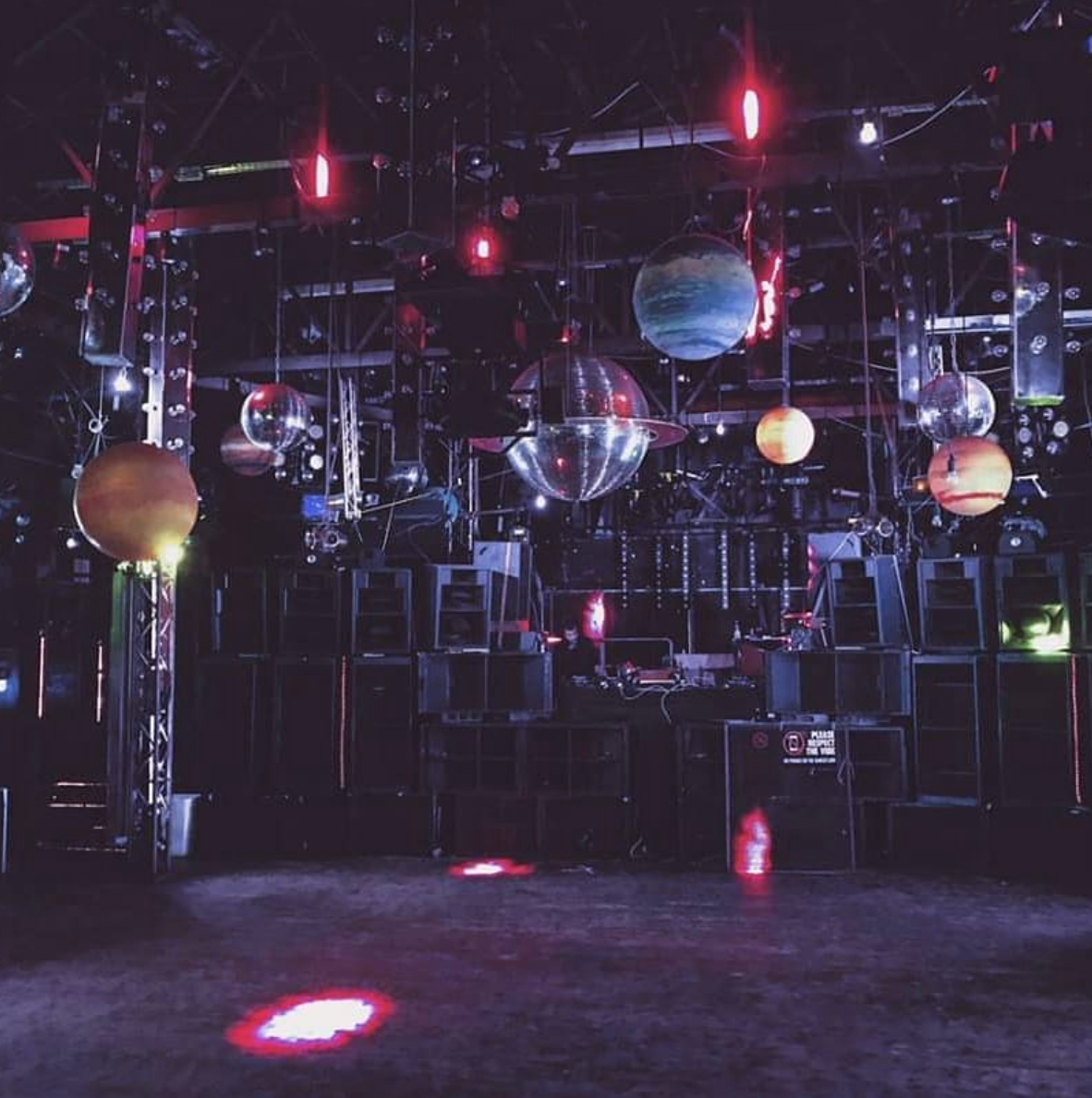 Over the years, a few prestigious magazines have tried to unlock the secret lying behind the hype generated by Romania’s electronic underground in the past decade or so. Many of them hurried up into proclaiming that the Romanian wave has long passed over the electronic underground culture and it is now becoming a thing in the past. Just a straw fire in the deep forest of house and techno. Yet observers outside Romania miss that one essential thing you need, in order to understand the movement in its wholeness: they are not Romanians. They lack the culturale heritage, with the good and bad. They didn’t inherit the transgenerational karma of opression all Romanians are fighting to overcome. Believe it or not, the subtle groove you could feel anywhere in this music is born out of the introspective and shy personalities of Romanian artists.

So it came as a big surprise for us when we read the long post made by Yaron Trax, the owner of Tel Aviv’s The Block Club. With a high level of awareness, Yaron has managed to describe a very realistic picture of what lies behind the Romanian groove. A groove he decided to bet on when defining the musical direction for The Block. Priku, Raresh, Petre Inspirescu and Herodot have taken over The Block’s custom mixer, alongside the new generation of producers, from Crihan to Dragutesku. A community was born around The Block and things started to get traction. After all, The Block is an essential outpost when we look at the Middle East house & techno underground.

Long story short, we invited for a nice small talk about Romania’s underground, about The Block and about what lies before us, when we have all passed today’s challenges.

We read the huge post you made about the Romanian electronic underground culture and we are quite impress of your level of knowledge, also on the more technical side of this sound. Where is this knowledge coming from?

I am so happy that my post touched so many people, it reached more than 250,000 people and got shares and comments from people literally all over the world, from all continents. This is how far and wide this music has reached. I wrote it from my heart, and I thought it will be an interesting read for music lovers. The technical knowledge, I guess that’s coming from my tendency to analyse things, I like to understand and I am very curious about art, and I spoke to many many people at The Block, DJs from all over the world. Although I did study sound and music technology in London, almost everything I know about sound is from reading internet forums and from experimenting with sound systems in different rooms. I just change things and listen, and then change again and listen again.

The music is so powerful, you don’t need to know a lot in order to feel it’s message.

You described in plenty of detail a more spiritual side of this music from a dancefloor-centered perspective. Do you think that the crowd needs a higher level of self-awareness to feel the music exactly like you described it?

Not necessarily. I am a strong believer that the spiritual depths of music and the nuances of sound can actually be felt by anyone. Sure,
many times it is felt on a subconscious level, but that doesn’t matter, as long as it is felt and experienced. It reminds me of this morning in
Sunwaves 2017 I think, we were dancing at the romanian tent and Pedro was playing. Suddenly in the middle of his set, hundreds of young
Italians came rushing into the tent, I think Marco Carola set just ended in the other tent, At the beginning they were pretty loud and aggressive and didn’t fit in the beautiful vibe we had on the dancefloor. But after about an hour that they were there, you could gradually see all those aggressive faces turn softer and starting to smile. They got totally into the groove, because it was just impossible to resist it. The music is so powerful, you don’t need to know a lot in order to feel it’s message.

How did you manage to keep the high level of interest of the newly formed crowd coming to The Block during 2020, with all the restrictions applied?

Well, with the club closed since the beginning of March, and with all the lockdowns, people of the community met mostly only in the demonstrations that are being held here in the last few months, in protest against the government. The nightlife played an important role
in starting these demonstrations. It may seem strange, but it also makes a lot of sense that the nightlife will be in the forefront of this protest. We have also used social media in order to support the protest, taking a stand and writing some very viral posts about the political situation in Israel. Apart from this, we did a couple of live streams from the club with the local residents, which were cool but ultimately we felt that we don’t really connect with this live stream idea so much, so instead we are now working on a new project that combines our love of sound and of video art – an online channel with exclusive musical and visual content. I am very excited about it. Stay tuned…

Will we still have the scene we had back in 2019, with all these strange times we’re living in?

I don’t know. I hope it will not return exactly the same as it was, because change is inevitable and good. I believe that whatever happens to us in life, we should try to make the best of, so now we have this pandemic, let’s try to find out what good it can bring, how can we change for the best because of it. Could be more time with the family, could be time for ourselves to contemplate, or could be a new project, doing something in a new way because of the changed prespective. We can see this as a great challenge, and challenges bring the best in us.

A few Romanian DJs who played at The Block told me about this amazing experience they had with the custom mixer. From what we’ve heard, the mixer was customized according to your requests…

No, it wasn’t customized according to my request, it was designed by me and built from scratch for The Block by an electronic engineer. That’s why it’s called Traxx1, google it 🙂 It’s one of my babies, I have a few. For the last 10 years I’ve been working on the next one, Traxx2, which I believe is a revolutionary DJ mixer, the next level from the first one (which is the best sounding mixer I’ve heard so far, you can hear it for yourself if you listen to XLR8R Podcast 477: Priku, this is a set recorded on Traxx1 and you can compare it with other sets online recorded on other mixers, you will be quite amazed by the difference). Many DJs have helped me conceptualise and develop the new mixer Traxx2, and Priku stands out as someone I’ve consulted with a lot on this. Unfortunately the new electronic engineer which I work with on this new mixer has disappeared for a few months now and he has the (unfinished) mixer at his studio, so now I just hope my baby will come back to me and finally be born.

Did you change / recalibrate the sound system to better fit the music Romanians are playing at The Block?

Well, I tune the sound systems on all the rooms at The Block on a regular basis and I also do many experiments with speakers placement and acoustics and electronics, always trying to find a better setup for the sound of each room. Of course I use reference music to listen to when I’m doing the experiments, and since I fell in love with the Romanian music(and the Romanian people also!), I’ve been using mainly Rominimal tracks to tune the systems and experiment, so naturally, all the tuning and setting up I did was based on this groove. You can actually say, tuned to this groove.

We had a chance to listen to a few young producers based in Israel and we’ve been impressed by quite a few.  How does a cross-cultural concept label, featuring both Romanian and Israeli producers, sound, from your point of view?

Well, the Israeli minimal producers are the resident DJs at The Block. These DJs have heard and have played before, after and together with all the best DJs in the world coming to play at The Block on a regular basis for many years now. They are super talented and super positive and spiritual people. A cross-cultural concept label, featuring both Romanian and Israeli producers, sound amazing from my point of view. A collaboration between Israelis and Romanians in music production is already happening for some time now  In fact, we did plan to do a label like this a couple of years ago, and we already collected many great tracks from Romanian and local producers, but back then the Israeli producers were still not at the level they are today, and also I felt that it’s too demanding for me to run a label + manage the club and
lineups at the same time + be the father of 3 little kids, and being an obsessive perfectionist, it was all too much. However, I believe it will happen in the future.