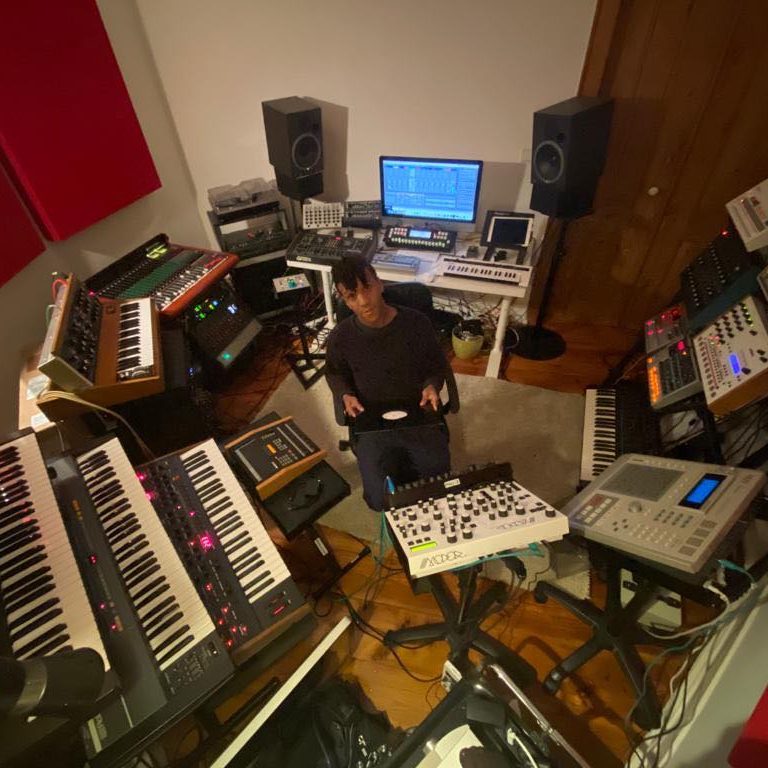 Unforgetable memories imprinted in dancefloors all over the world, from Panorama Bar Berlin, Concrete Paris or Robert Johnson Frankfurt to Fabric London or Womb Tokyo? Checked!

Dyed Soundorom has always been a breath of fresh air in the house & techno underground, solo or as part of the allmighty Apollonia, alongside Dan Ghenacia and Shonky. As for his producer’s alter ego, the now Lisbon based Frenchman got us all by surprise with a different sound than we were used to. You have to check Dyed Soundorom latest releases for DDS, still available in our shop.

A bit of electro, a bit of chiptune on top of the industrial x minimal sound we’ve met before in your productions. What’s the story behind the release?

I used to work with samples, but i started to buy more analogue gear around 4 years ago and haven’t stopped since! I feel much more creative working with hardware, it’s given me a whole new energy in the studio. The process to build and feel comfortable with this new set up was long, but now I’m really happy with it. There isn’t any particular story behind the release but the main idea was to change the way I produce. Now I just jam, record and see what happens, which is much more inspiring!

Is it all about experimenting when it comes to releasing at your own imprint?

The good thing about having your own label is you can release whatever you want, so for sure you can experiment. I’m making a lot of new music these days, trying different things and most of all enjoying the process. I’m excited to see what happens!

Let’s suppose you’re isolated at home together with Shonky and Dan Ghenacia. How do you organize the living? Who’s cleaning the house? Who’s cooking? Who’s taking the dog outside?

Shonky would take care of the dog because he loves to be outside. Dan in the kitchen, he is by far the best cook! I would have to clean the house because they are too messy!