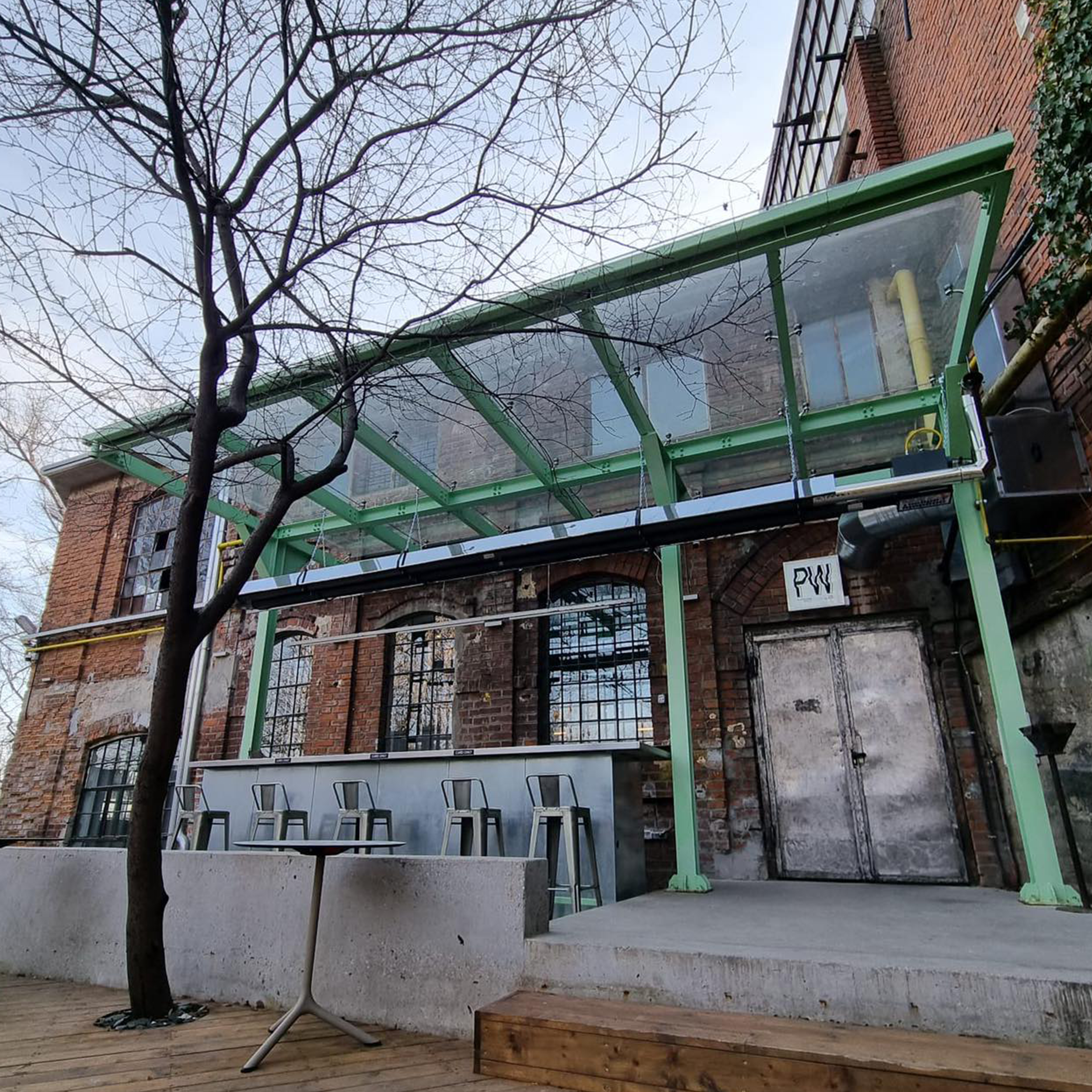 The ‘Behind The Concept’ article series aims to discover some “secret” insights from businesses inside the electronic music community.

For today’s article we have contacted Tudor Gheorghe, also known as Romansoff, for a little talk 😀 He is one of the people behind Platforma Wolff and he agreed to answer some of our questions.

If you want to find out more, well… keep on reading 😉

First of all, we want to thank you for taking the time to help us find out more about ‘Wolff’ 🙂 Can you tell us the story of Platforma Wolff, who is behind this concept, how it all started?

Platforma Wolff started in 2018 as a summer pop-up venue at Expirat Club, where Antonio Nartea, Ana Cazacu and myself hosted parties every weekend with both local and foreign guests. We had this deal with Expirat that they would let us use their upper deck terrace for our parties.

The space was rather limited, it could fit more or less 100 people, but for us it was a perfect way to start and we ended up hosting some really memorable nights up there. We managed to create a community around our events and the word spread quickly, since it was probably the only constant outdoor club night during summertime.

We managed to continue hosting parties there the second year as well, in 2019. That’s when it actually became a popular venue. The brand grew with time and with the people, becoming the most sought after place of that summer.

Unfortunately, the Coronavirus pandemic ruined our plans of continuing the string of events we had planned for the summer of 2020. We had all the bookings made and all the dates penciled, but we had to put everything on hold, as everyone else.

Both 2018 and 2019 saw some good parties up there, with notable guests such as Jamie Tiller, Powder, Orpheu The Wizard, Tornado Wallace, Telephones and others, but it was time to rethink everything.

That’s when we started considering our own permanent space. And so it happens, that Expirat Club, who became our partners in the meantime, showed us the place you now know. At first, it was just a disaffected old brick building, but we saw the potential right away. We agreed, one winter day in 2021, along with Expirat Club, to embark on this new adventure and bring that wasted place to life.

Following some nerve wrecking 5 months later, we had the outdoor venue that we always wanted, after a very intense refurbishment and construction process, we opened the terrace on the 6th of August 2021. We hosted parties until October and then we started working on the indoor venue, which we managed to finish and open by Christmas.

Since then, it’s been open every week and we have guests playing our booth every weekend.

We we’re so happy to hear that a new place for electronic music enthusiasts arised in Bucharest. Where did you put the most work in setting up the venue?

Most of my work went into the architecture & design process of the venue, while also being charge of the visual identity of the brand.

You guys have created the “4Hour Club” concept, where one or two DJs come to play for 4 hours during the evening. Who came up with this idea? I also remember from one of our earlier discussions that you plan on opening the terrace when the weather gets warmer.
Do you plan on having daytime outdoor parties? What can we expect from Platforma Wolff in the future?

The 4Hour Club concept came about while talking between us one night at the club. We figured it was the best way to try and make the ongoing restrictions seem attractive by compressing the whole club experience into a given timeframe.

Therefore, come early, adjust your going out habits, be more intense. But of course it’s not something that we want, it’s difficult to compress the club experience as we know it, while still be operational and profitable as a club. We just found a fun concept for people to adapt to the situation.

Regarding daytime parties, we have no intention to do so until early summer, but it really depends on the weather and people’s behaviourism. We might start our outdoor season a bit earlier if the case.

We have some sort of a challenge for you 😀 Let’s say a group of people comes into your bar and asks for something special to drink.
Keep this in mind: what you choose will make them decide if they ever want to visit your bar again or not.
From your selection of drinks, what beverage would you recommend?

I would say….The Mezcalita con Arancia. It’s been a hit since we put it on the menu and it’s something you don’t find in other places in Bucharest.

I know it can be hard sometimes to decide what we liked most, but which one of your past events has left a big impression on you?

It’s pretty tough to name only one event that I enjoyed best, but a personal favourite still is the 6hours back2back by Dragos Ilici and Dan Andrei from last September.

If you could pick any artist in the world to invite him for a monthly gig (kind of like a residency).. who would it be? What made you choose him/her?

I would probably go for Floating Points, since he is such a versatile DJ and an amazing selector. None of his nights would be the same.

And for our last question, if you were to choose 3 tracks that define Platforma Wolff’s atmosphere, what tracks would those be?