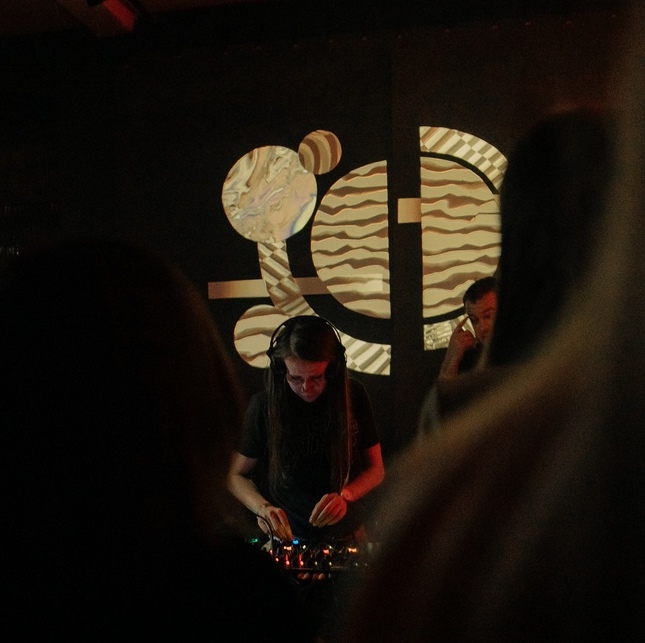 Somewhere 500 miles east of Moscow, at the confluence of Kazanka and Volga rivers, lies Kazan, Russia’s 6th city in terms of population. Once an important trading center, Kazan is now coming back as a vibrant mix of Oriental and Russian cultures. Within this context, a group of enthusiastic people is setting up the foundations of a house & techno underground.

An idea nested by 2 friends (Farid Akhmadiev aka F-Tek and Shamil OM), Private Sound was born 5 years ago, as a response to the omnipresent commercial music and events in Kazan. With no venues or communities focused on electronic music, this sounded more like an impossible mission. Yet, as stubborn as they are, these guys managed to attract a handful of like-minded people around Private Sound, eager to raise awareness when it comes to house & techno, with a touch of minimal. They reinvented locations to host parties and invited selectors like Piticu, Miss I, Christopher Ledger, Anrilov, building hype and interest for a young crowd.

So, we sat down and chatted with Farid, one of the founding members of Private Sound, about Kazan (known as Russia’s thrid capital), electronic music and also the echoes that Romania’s underground has sent in this remote place.

How does the electronic underground look like in Kazan in 2019?

Nowadays there are several active communities worth mentioning (about 8 or even 10) in Kazan and Tatarstan Republic in common, who are engaged into the underground electronic music scene development. They include Djs, VJs, producers and event organizers. Each community has its own signature and style depending on the music tastes. You can listen to mainly house / techno / minimal / deep / electro / progressive / acid / melody techno / breaks & drum’n’bass / electronica / experimental noise & ambient sounds. As you can see, there is a wide range of musical genres. Events are not happenning so often, since the venues availability problem still exists. There are no actual clubs in the city, only several bars that from time to time are able to host underground or electronic music related events. Only two big venues are available in Kazan: Alafuzov Loft (former old textile manufacture from XVIII century) & Werk, founded by Izolenta community and Watch Me Visuals Vj’s team (brand new space and former furniture manufacture opened in July and located closer to the city center). Besides these options, promoters are in a constant search for new locations, in order to find out proper ones for the planned events.

Where does Private Sound stand in this landscape?

Private Sound community was founded in May of 2014 by two friends DJs: Farid Akhmadiev aka F-Tek and the more experienced Shamil OM (veteran DJ & the Night Market DJ school owner). It is a creative team of like-minded people and the name of the eponymous series of parties dedicated to acquaintance with various music schools and interesting (in our opinion) representatives of the electronic scene. It was created at the time of widespread commercial format in the city, with almost no places and parties with quality electronic music. From here comes the name of our community. Another resident DJs in our community: Toshie, Darych, monsieurrr, Aykhu and one more guy who is going to join us soon. We promote and develop mostly an underground music scene in Kazan (Russia) focusing on the minimalistic waves of house and techno in the city, including Romanian, French house, techno and electro, acid as well.

Do you feel like things are starting to change in the last 5 years, as you started to get involved in organizing parties in Kazan?

Of course, when we started to be involved in these processes in 2014, electronic music events were close to disappearing and happenned very seldom, as the commercial music was very popular in the city. Not many happenings were available, except the Re:forms parties, that was and still promotes basic techno sound and gave a start to another BNF community appear as well. One more events seriesI would like to mention at that time is an after-party format, called Techno-breakfasts built by Toshie & Alexey Vakhterov, where you could listen to tech-house, progressive music and some deep & minimal. Lenin Club also, ran by the guys from Teknowave and reopened for the 3rd time in 3 years at the new and, as we now know it now, it’s final location (now it is closed), where we, as Private Sound, started our events with Riccardo BHI from Dude Club Milano in May 2014. So, as you can see, our tastes started to change from year to year.  Now it is a different situation.

How did you discover the Romanian house & techno scene and what made you fall in love with it?

Honestly, it started while getting closer & familiar with Toshie and his new project, NouVal, now known as minimalbeats. he was the first one who started this type of musical education in the city. I remember events w/ Denis Korablev, Sancho & D.Core. There were also a few parties in Moscow, including Arma 17, and one 24 hour presence at Gazgolder, where many Romanian artists were present in the lineup (Rhadoo, Mihigh, Kid Chris etc), the year when Outline festival was cancelled. And Sunwaves 21 festival visit as well in 2017. All these gave an impulse and created a particular interest to this scene.

Apart from planning events and making them real, do you have any other projects or plans related to the house & techno underground in Kazan?

For the moment, we are having just the same plans for the further developing of things we are doing right now. Also sometimes we are having some collaborations with our communities – and this is the most interesting one since, this means that some happenings can appear in any unpredictable form. No one from our residents, except Shamil OM, is engaged in music production right now, maybe this will come a bit later. As a wish, it would be good to organize and create our own cozy & conceptual space: Residency for Private Sound.

Name 3 DJs you would book at a Private Sound party, if you would have an unlimited budget 🙂

If a clubhead wants to spend a weekend in Kazan, apart from going to a Private Sound party, what would you recommend?

Firstly I would say that the best period for Kazan visit is the summer, since it gives you the opportunity to feel the city in full, the city that is situated by the Volga river. Kazan (capital of Tatarstan Republic) nowadays is one of popular touristic destinations in our country, also is known as third capital of Russia with it’s millennial history. During the last 10 years, it had become the point of attraction of both internal & external tourists, and had seen many changes in the city environment. There many historical points of interest, buildings, monuments and new modern spaces including parks had opened.  At the same time, the historical part of the city is compact enough, so even the weekend should be enough to see the main important places in Kazan. You should be visiting Kazan Kremlin of course and the walking around by foot or w/ bicycle is the best way to explore the city. Walk along the waterfront and enjoy the perfect views and sunsets. In between this city walk you can run into a bar or cafe for a snack, but of the best way to get to know Tatarstan is through the local cuisine and of course you should be trying Tatar national cuisine that is represented at several cafesrestaurants. The most famous positions I would recommend are these 3: baked foods w savory filling like Bäleş & Öçpoçmaq and sweet baked item that usually served with tea Çäkçäk. So, this part of our culture can be experienced mainly in Kazan / Tatarstan only, and not in other regions .

The local record shop you’d recommend for a nice session of crate digging.

Actually, we still don’t have a special place or vinyl shop that is dedicated for electronic music. I think this also indicates a present situation in the city demand on such place (at the end of 90-s beginning of 2000-s, we had several mini shops and the places where you could find out something for your soul: CDs or tapes). But of course this was also caused by the wide spread of the music in network and the possibility for buying and listening both at well know online shops etc.

Anyway I would name here «Siyaniye shop», located in center for contemporary culture «Smena», next door to a bookstore, where you are able to find out something for your collection. The store offers new and second-hand records of all genres. These are popular albums of ” big ” artists and records of small independent labels. Here are the releases from such Russian labels as Arma, ГОСТ Звук / GOST Zvuk, Spasibo Rec, Сияние / Siyaniye, NEN Records, ZBS Records and others. Besides  for vinyl in the Siyaniye shop you could buy CDs and tapes with recordings of Kazan musicians and some merch by local designers.

3 tracks that could define the Private Sound vibe.

It is not easy to name just the 3 tracks that could define our vibe, since even we are very close with sound to each other in our community, at the same time we are versatile. But let’s try with 4 tracks 🙂