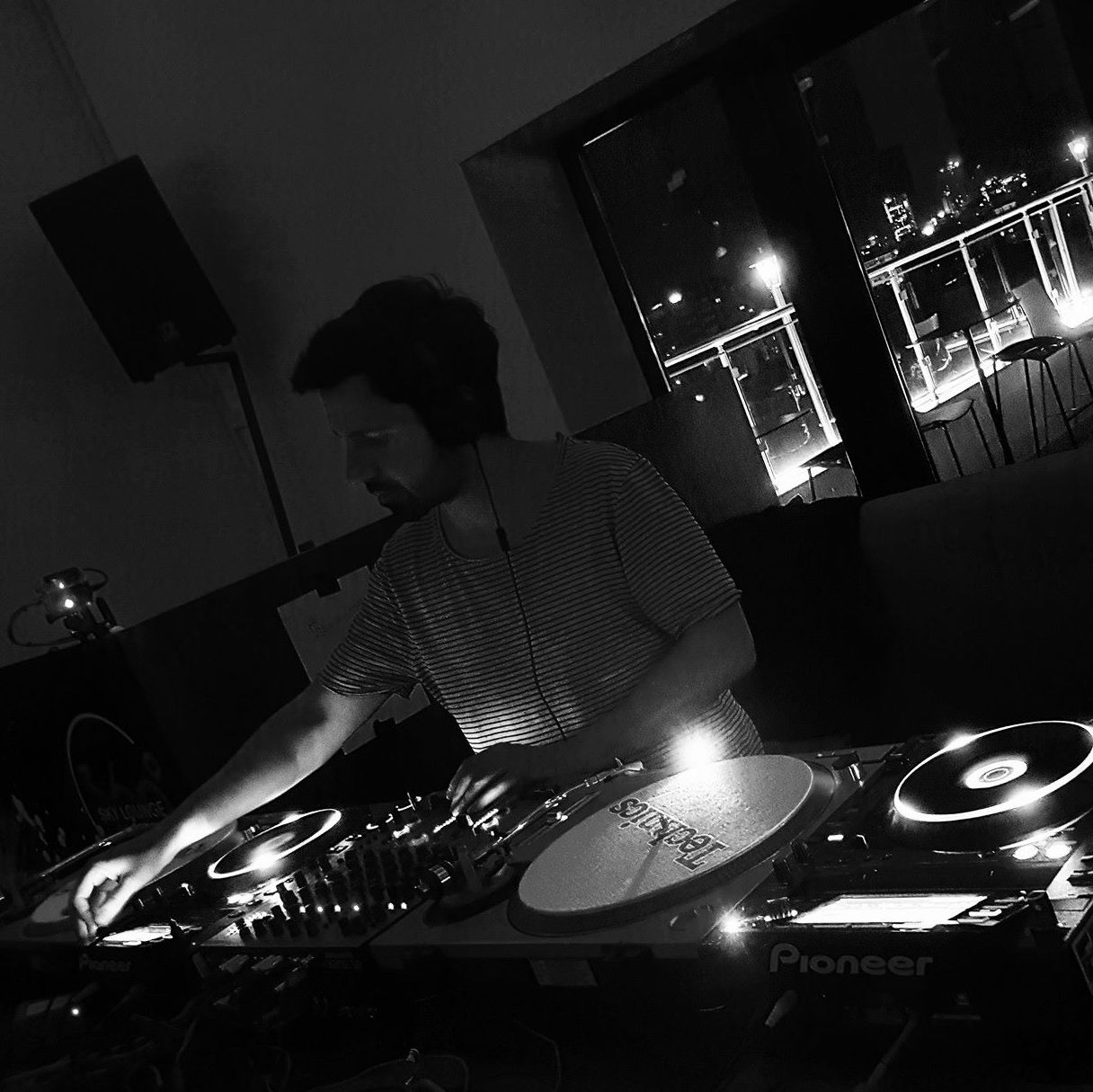 From organizing raves in the late 90s’ in his hometown, Sibiu, and holding a long residency at Chill Out club to running his own record shop and two record labels, Iulian Cazan aka Jay Bliss has been around the Romanian house & techno scene for almost 20 years. His producer alter ego is linked to labels like Fear Of Flying, 20:20 Vision, Autoreply and All Inn. Jay Bliss released his first LP under his own imprint, Stomping Grounds.

Which brings us to this year’s Stomping Grounds milestone: a fresh V.A., released in July 2019, featuring Alin Crihan aka Discret Popescu, Tommy Vicari Jr., Stav and a collaboration with Dragoș Ilici. This good piece of wax asks for a proper celebration, so we throw a release party on Misbits terrace, on Wednesday the 14th of August, starting at 17:00 EET.

Until then, we got our hands full with a few record label details, plans and graphics with Iulian, just to reveal a bit more from the story surrounding Stomping Grounds and its sub-label, Vade Mecum.

Jay Bliss: Indeed, in the past few years a lot of new labels emerged and it has become a very crowded world. Vinyl sales have risen overall with the resurrection of vinyl, but because there are so many new players in the game, they have also dropped significantly per label, and i’m saying this based on the discussions with my peers. With Stomping Grounds i’m trying not to follow trends, and even if it is a cliche, i’m trying to find and release timeless music. I think it recently came as a confirmation, because i’ve just repressed the full backcatalogue a few months ago and all releases sold quite fast.

Only a handful of releases in 6 years. Are you a picky label manager when it comes to pressing a new EP?

Jay Bliss: Yes, I am very picky, but I’ve also focused in the past two years on the other project, Vade Mecum, which has now developed very nice.

What do you search in a track, in order to release it on Stomping Grounds?

New names as well as established ones on the latest SG EP. Who’s new in the game and how did you find them?

Jay Bliss: Tommy Vicary, Dragos Ilici and Stav are new on the last release. I’m following Tommy for a long time and even though he is a very prolific producer, he is also very diverse, so i could easily pick a track from him after we got in contact. With Dragos I did last year a few jams in my studio, with no specific style in mind. He told me that one day he was playing the tracks at Misbits, and Rhadoo asked about this one, but it wasn’t 100% finished. We did finish it and then I also decided it would go well on this VA. Stav is actually the producer behind the InHere label. He kept this secret with the first releases, so i have to do a bit of detective work to get in touch with him, but once we did, it clicked right away. I think he’s a fantastic producer and i hope we’ll have a long collaboration.

Who’s the artist behind the trippy Stomping Grounds artwork?

Jay Bliss: It’s Max Binski. His real name is Brunos Santos, but I think you might know him better by his musical alias, Cleymoore. You can check more of his works on his website: http://www.maxbinski.com

Vade Mecum is your other vinyl project, on the more deeper side of electronic music. What’s the story behind it?

Jay Bliss: In general, I’m quite an organised person and I felt like I needed another output for the deeper and more organic music. Vade Mecum is also separated into two streams: the regular 12″ series where i release deep house and techno, and the limited 10″ series which is dedicated to dub techno.

Will we get more SG releases in the coming future?

Jay Bliss: Yes, I’m already working on a new Various Artists release, which I hope it will be out right before Christmas. There will also be a remix EP for my album that’s almost complete too.

One track that pictures the SG phylosophy in the most accurate way.

Jay Bliss: That’s one tough question, because i’m very fond of all of them, but i think what answers your question best is Crihan’s track “Seara Devreme”.