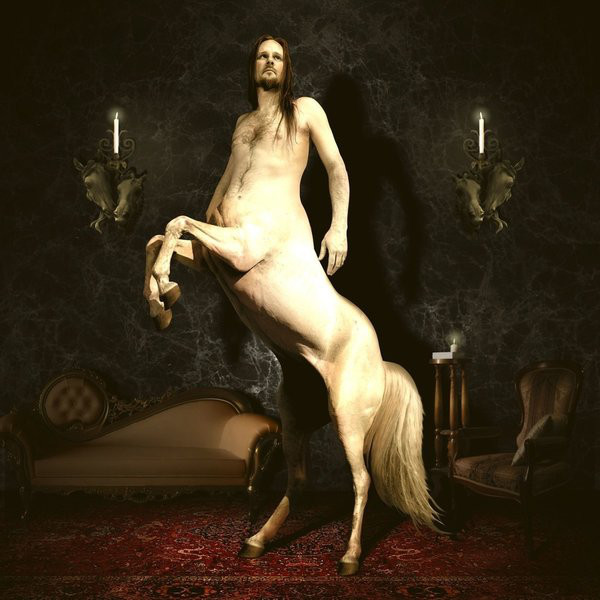 We have to admit, sometimes there is a blatant boring visual experience when it comes to the record artwork from the electronic underground. Plain cardboard / white / black usually, or, if you are lucky, some distorted black & white graphics to suit the infinite loops inside.

It almost feels like the vinyl record is loosing part of its soul when it gets stripped of its artwork. No matter how much emphasize we put on the quality of music released on vinyl, a memorable record has to have a strong visual appearance. And, trust us on this one, it’s easier to catch the diggers’ attention 🙂

So, in order to define what a strong visual means for us, we selected five of the creepiest album covers out of our personal record collection. The records stick into the wider spectrum of electronic music, each of them being iconic in its own way. Oh, and one more thing: it doesn’t have to be Halloween to play these records, they will set up a nice mood anyway 😉

First album without Tricky, Mezannine goes into the darker territories of trip hop and has the perfect cover to match this: a macro shot of a beetle

The Canadian duo used Sigur Ros voice samples and pretty scary tape recordings to give the grey tones to this masterpiece that combine synth pop with electronica and indie rock. So, a picture with a lonely girl in a grave yard seemed like the perfect artwork

Venetian Snares – My Love Is A Bulldozer

We stay in Canada for this one: a combination of breakcore, acid, jazz, noise and jungle, as we got used to receive from Aaron Funk aka Venetian Snares. Sick music, sick cover: a naked centaurus in a horse-themed Medieval room.

Freaky image to suit the grime sound and fast paced African rooted percussions: this is The Antwoord, the totally unconventional South African duo. Ten$ion’s disturbant sound goes beyond the vinyl grooves and straight on the album cover, featuring the lead singer chewing on a real heart

If you really want something to haunt your dreams, stare for more than a minute at the Richard D James cover. It really feels like he would start to crawl under your skin and eat you from inside out. The album stands out as one of the most influential electronic experiments.