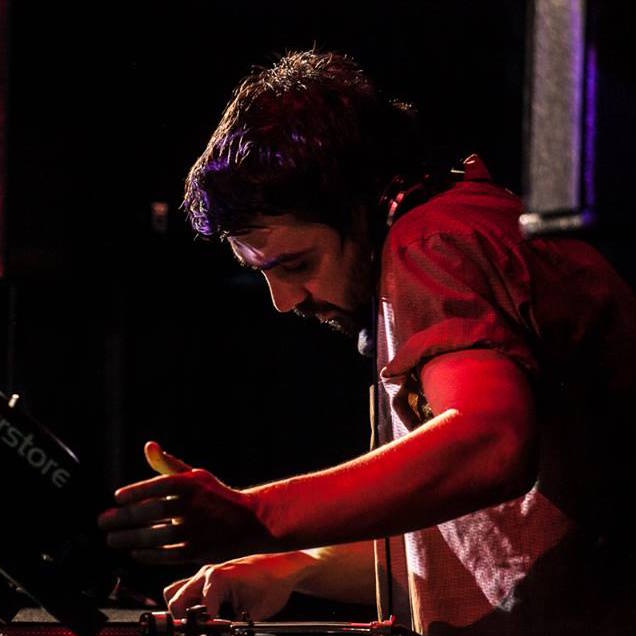 How to find your place in the ever expanding electronic music universe than constantly searching for new sounds & visions and trying to understand and accept even the oddest forms of audio trips from the darkest corners of ones and zeros music?

This must be Dragoș Rusu’s mission, materialized into the-attic.net, a project aimed at unraveling abstract tones of music, with no typical boundaries of genre, style, time or space.

Ahead of his involvment into the Outernational Days, the festival touching the most remote cultures, we asked Dragoș to point out 5 albums, weird in their essence yet essential for his huge record collection.

Fresh, uncompromisable and blistering, Mazzocchetti’s new album stands out as a true weapon against the common perception of electronic music and how it should sounds like. Each track feels like beating metal tables with chains in a rebel Vega style. Haunting, hypnotic and confused, this is the kind of album that will help you in your daily routine; yes, this is the perfect companion in nature, cars, nightclubs, bedrooms, long poker nights, any possible sport you could imagine, metros, festivals, news stands, you name it – Mazzocchetti has it.

Shoc Corridor’s amazing work left behind is now celebrated in high class, with the band’s first album repressed by Dark Entries Records. Experiments in Incest is an album that strongly needs to be heard, as it evokes an absolutely fantastic music universe from the past, which seems to be gone, forgotten or simply ignored these days. Emotionally rich, hauntingly beautiful, deep and immersive.

Carl O’Connor is a producer of many names and many different projects, solo or within collaboration with other talents. He started the (now famous) Downwards record label together with his label partner Peter Sutton (aka Female) in 1993 and found it increasingly difficult to find artists to share their vision. To this day, they still work with the same core artists. The new album in discussion, Manbait – freshly released by the Blackest Ever Black imprint – is actually a compilation of different remixes signed by Regis and a handful of original productions made over years. The LP starts off with a solid remix to the track ‘Loss’ of NY based minimal synth/experimental group Ike Yard. This modern reinterpretation of the legendary track – originally released in ’82 – stands out as a perfect piece reflecting the nowadays aesthetics of electronic music and the multiple (say it infinite) ways of expression.

Combining the forces of Black Merlin (London based producer and DJ, on his real name George Thompson) and Musiccargo (Dusseldorf based Gordon Pohl), Karamika is an outstanding piece of music, a musical journey like no other split between 12 different TONs (as all of the tracks are titled simply TON). I was waiting for a long time for this release to be officially put out and, in terms of what an album should represent for its cultural context and how it should be made in terms of aesthetics and music values, how it should sound and what it should reflect, Karamika is a perfect album. It is THAT album.

This electronic music visual code of rituals, reflected by the D.Å.R.F.D.H.S. mythology is not one to be taken lightly nor too heavily – it is not an inside joke at all but, likely, it’s not your own apocalypse either if you don’t dance to it. Dard Å Ranj Från Det Hebbershålska Samfundet or D.Å.R.F.D.H.S. is a Swedish duo comprising of musicians Michel Isorinne and Jonas Rönnberg (Varg). Apart from Northern Electronics label, that Rönnberg is curating alongside with Abdulla Rashim, D.Å.R.F.D.H.S. have been frequenting record labels such as Opal Tapes, Clandestine Records and Dutch label Field Recordings – paving a pattern of cerebral connections not just between various music entities, but also between rhythms and sonic textures.