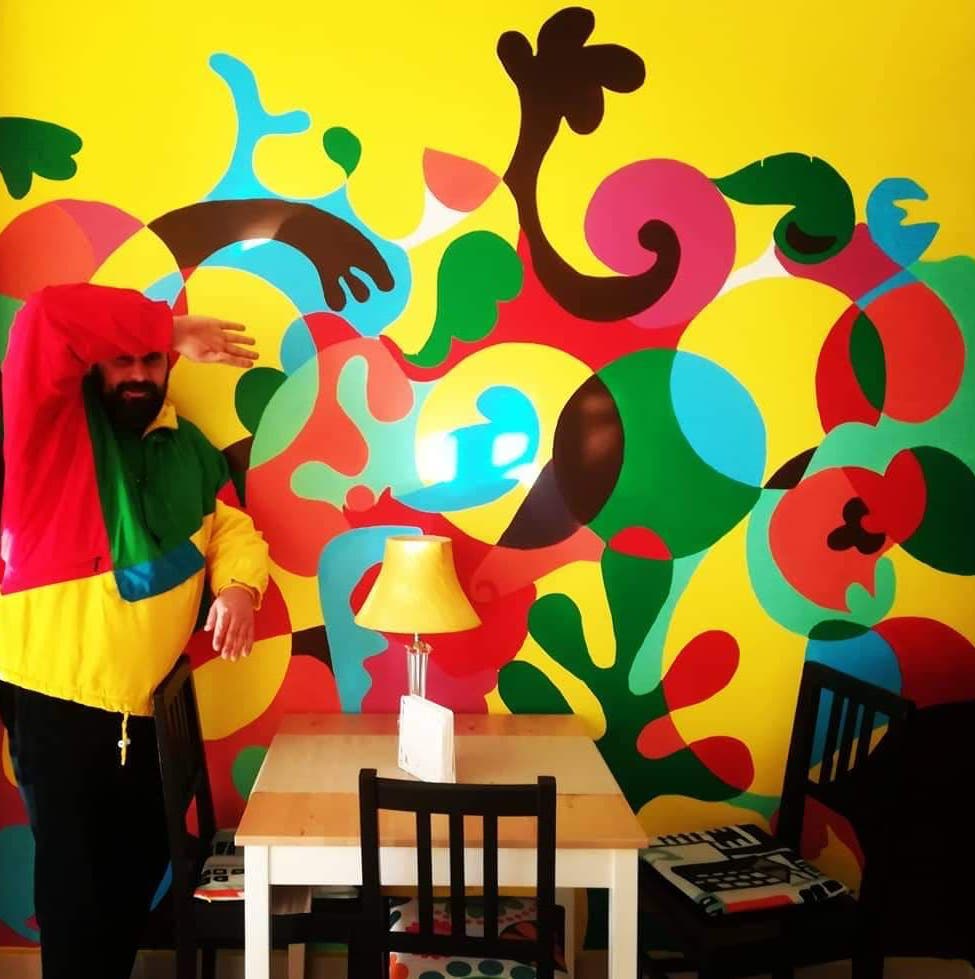 We love electronic music and almost everything related to it! We love it so much to that point where we choose to buy some new records as our top priority 🤩  Alex Puicea knows best. We met Alex back in the days he worked in our shop, spending countless hours of geeky talks about wires, cartridges, modulars and sync clocks. His label, bearing the impossible-to-remember Rackmizar name, reflects his passion for digging out lesser known artists with intriguing sounds. Things changed for Alex, as he decided to leave Bucharest’s fast paced rhythm and return to his hometown, Severin, on the shores of the Danube river.

Eat first, then buy records! With this in mind, Alex Puicea opened a cozy bistro, Abstract, but he never left his passion for music gear behind. Just Jam is a video series with short live sessions from his home studio and well, this is just the beginning. Yeah, we needed to find out the connection between food and electronic music so we sat down for a quick chat with Alex Puicea about techno pizza and records.

You left Bucharest a few years ago, to return to your hometown and start something new… How is you life now, away from the big city’s hustle & bustle?

Moving away form Bucharest was a good thing for me on a personal level, spent more time with my family, opened my own bussines, focused more on making music. Got to know more cool people in Severin involved in art. Bad part about my life now, having a business is really hard work, when I get to have some “me” time, I go hiking or just make music, or make music when hiking :))

Tell us more about the Abstract concept bistro. How was it received and what are your plans?

So, let’s start form the beginning… After me and my wife got married we decided to make a caffee in our home town Drobeta Turnu-Severin. I wasn’t really excited at first but it grew on me. Abstract was a mind bender for Severin at first. Creativity, art, culture… people did not give us a chance. And it was really hard to keep things floating the first year, but things got better, more people started coming, we made more friends, met more people, things were looking up for us. But when things go nice they have to go bad too: our neighbours started complaining about the noise and we had to move our location. That’s when the bistro was born. We decided to make food because I really love food :)) Plans for the future…have more free time to make music :))

Will Abstract at some point involve electronic music also?

It already happened! It was called “Electronic Sunday” and I used to  play deep house, people would gather, have a tea, listen to some vinyl. The concept was not about making a party, but just to show underground quality music to high school kids and open minded adults that did not have a chance to listen to the real deal.

What happenned to Cutiuta Muzicala, the club you opened a while ago? Any plans on reviving it?

Well it was good while it lasted, unfortunately it was a club in a club, like Expirat and Other Side was. The main room there did not make enough money to sustain itself,  and Cutiuta was not open every week, it sometimes had big breaks between parties. I think often about reopening, but the costs just don’t work right now. So until I find the perfect space and context, it’s just a plan for the future.

You worked at Misbits for a couple of years. Does the love for vinyl still burn inside you? Maybe you’ll consider at some point opening a record shop in your hometown…

I still buy vinyl from time to time not as much as before but still do.  At first I wanted to get some records at the old Abstract but now I know there is no market for vinyl in severin, and prefer not try.

If you’d want to make a techno style pizza, what ingredients will it have? 🙂

Talking about electronic music, you launched the JustJam series. What’s this all about?

I made a lot of music that I did not release or pubish in any way,  so it just died. Either I got bad feedback from my DJ friends, or just forgot about it, the music just did not make it further than that. And that got my hopes down as a producer. So I decided to  ”Just Jam”! I love making music, with no more pressure from labels or people. Just me and my machines. There is nothing cooler than hiking to a location and making music there for a hour or two. Then just record what you did .

2 years since the last Rackmizar release, your own record label you started in 2016. Not enough free time to plan new stuff?

Well to be honest the last two records were really  good, but did not sell enough to get back even the master fees. And don’t have time to manage it well so, no record on Rackmizar for now.

3 records you’d play as background music for your bistro.